What is it?
This is a rare condition where the blood supply to the metatarsal head in the foot is compromised. It most commonly affects the second toe metatarsal. It usually presents in adolescence and more commonly in females. It is also known as osteochondrosis of the metatarsal head.

What causes it?
The cause is unknown, but for some reason the blood supply to the end of the bone is deficient and this part of the bone dies. Variable amounts of the metatarsal head can be affected from small parts, to the entire head.

What are the symptoms?
Initially, pain located on the top of the foot, over the affected joint. Pain may also be experienced on the sole of the foot. It is usually worse on activities which involve bending the metatarsophalyngeal joint or placing increased pressure on the sole of the foot. Pain is relieved by rest but may prevent participation in certain activities. Later in the disease process, the joint may become stiff and the pain more constant. The toe may look deviated to one side.

How is it diagnosed?
Mr Gordon will take a thorough history and examination and perform radiographs (x-rays) and this is normally sufficient to make a diagnosis. Sometimes it may not be clear as there are a number of other conditions which can present in a similar way. If this is the case, then an ultrasound scan or MRI scan may be required.

What happens to the bone?
In early stages the bone and joint becomes inflamed but later, collapse of the metatarsal head can occur. Collapse is irreversible and can leave the joint an irregular shape, with new bone forming. Arthritis may develop in the future.

How is it treated?
There is no cure for Freiburg’s or tablet to prevent its progression. Treatment will depend on the stage (how advanced the process is). The aim is to relieve symptoms by reducing the pressure through the foot and protecting it. In the early stages, where little of no destruction of bone, a rigid walking boot is used with anti-inflammatory tablets. Later, if collapse has occurred with new bone formation, a surgical debridement (removal of abnormal tissue) or a reconstruction using an osteotomy (bone cut) can be of benefit (pictured). Sometimes, a joint replacement can be used. Unfortunately, there is very little scientific evidence to support a specific treatment or the duration of that treatment. 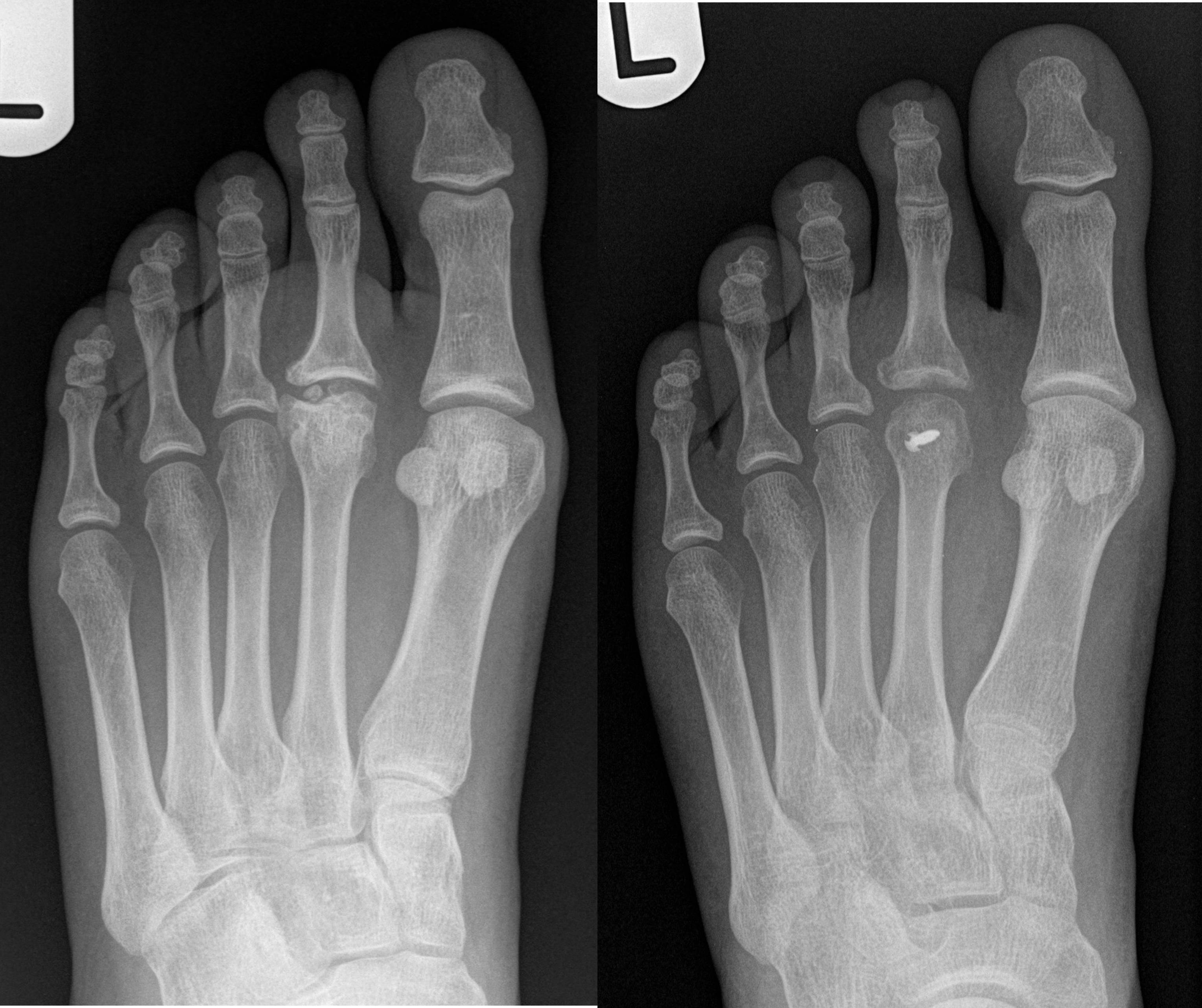